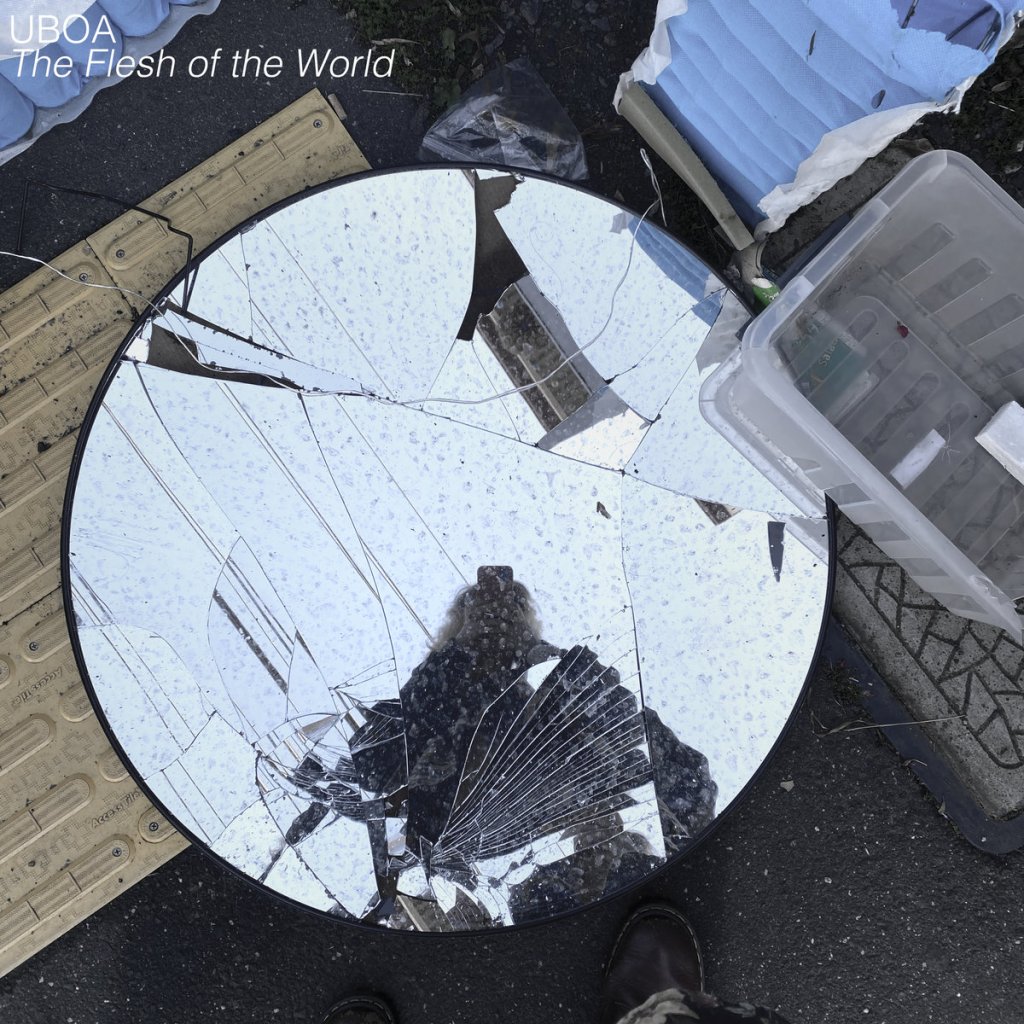 Xandra Metcalfe’s experimental musings under the Uboa moniker have long been a credit to the world of harsh noise, dark ambient, doom metal and experimental electronic music, without ever wholly belonging to any of them. The inability to fit her sound into a neat box is probably the sole reason she hasn’t found more widespread coverage just yet, even with Anthony Fantano taking notice of standout album The Origin Of My Depression last year.

Brand new four-track EP The Flesh Of The World sees Metcalfe experimenting once again, with a record that edges more towards synth-based ambient compositions, relying less on harsh noise in favour of textured, dynamic tracks that wash over the listener, morphing and growing magnificently as they drift forward with an elusive sense of momentum. The effect this has is truly fascinating – harsh noise often thrives on its ability to launch arduous assaults on the senses, but its restrained usage makes its appearances all the more impactful here.

Even the harshest moments come with a side-plate of transcendent atmospherics. The dramatic crescendo of ‘Inside/Outside’, for instance, which is fuelled by Metcalfe’s devastating and cathartic shrieks, comes buoyed by soothing croons and spacey synths as if Uboa’s usual noise-focused sound is trying and failing to break free of its shackles. Perhaps this is a reflection of the EP’s focus on the inherently restricting nature of the human body, as well as body dysmorphia and the perhaps unanswerable question of where the body ends and the inner self begins.

‘God, Unbounded’ builds expertly, soon becoming cinematic in scope, but the way this majestic facade breaks down and distorts in a maelstrom of hammering percussion, shimmering electronics and juxtaposing vocals of both growls and croons is breathtaking to behold. This would seem to be the track’s final movement, but the tower of sound soon collapses and we’re shown the aftermath, as the jittering electronics soon fade and Metcalfe’s poignant vocals and revealing lyrics take centre stage, if only for a moment. Despite the immense scope of these vast compositions, which often rise majestically before descending into chaos just to repeat the process again, there remains an intimate and personal nature to this release.

It’s hard to neatly sum up Uboa’s sound simply because there is so little with which it can be compared. Some of the most apt comparisons, bizarrely, are experimental movie scores such as those created by Ben Salisbury and Geoff Barrow, which have utilised a vaguely similar blend of overwhelming noise stacked up against more brooding and emotive sonic palettes, but Uboa’s music has a very different focus in exploring inner thoughts and introspective battles rather than the grand existential themes of contemporary science fiction. Regardless, The Flesh Of The World is another triumphant release in a career lined with them.

The Flesh Of The World is out now. Purchase here.