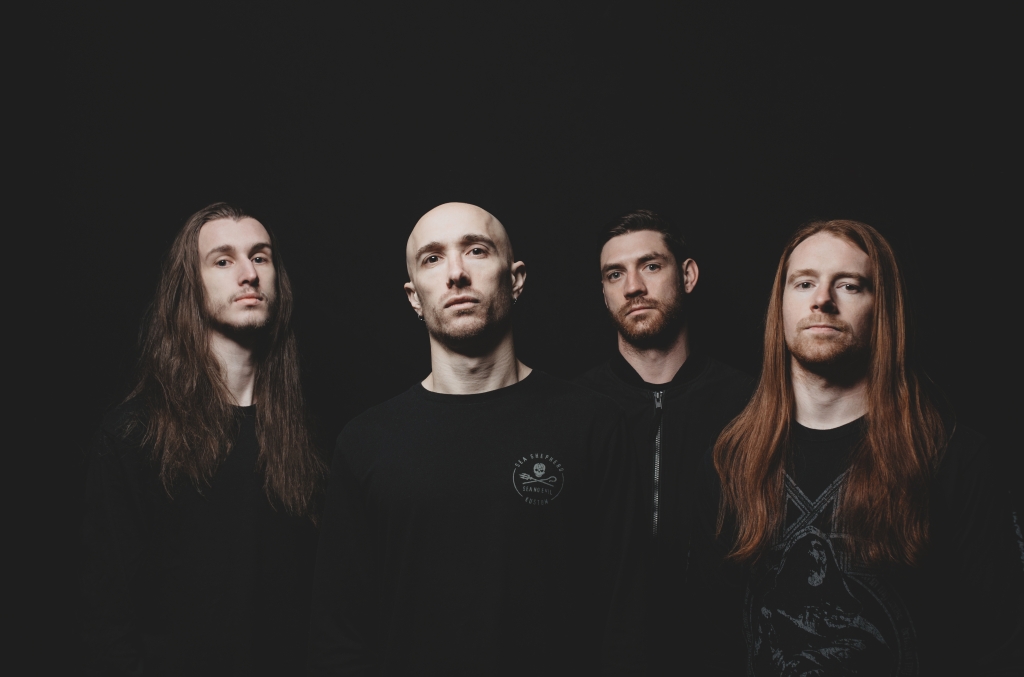 Despite their gradual build in popularity (and constant acclaim from those in the know), there is certainly an argument to be made that Sylosis are one of the more bizarrely underappreciated UK metal acts of this, or any other generation. Ever since their emergence at the turn of the millennium, that tireless dedication to evoking the fiery spirit of classic thrash might strike you as anything but subversive, yet records like Monolith and Dormant Heart are the audible culmination of a steady evolution. Indeed, it is clear that the real reason why Sylosis stand out from a great number of other bands conjuring top-notch heaviness is that the their songs ooze an intuitive understanding of what makes metal, and it’s many warring factions, so potent. Thankfully, even after a four year hiatus, Cycle Of Suffering is no different in spirit or execution from its predecessors: it just sounds bigger, more confident, and rips with an almost chewable air of steely-eyed conviction.

Opening the record in earnest with ‘Empty Prophets’ and it’s tech-minded riff bombardment, it’s apparent that Sylosis did plenty of preparatory stretching before they hit the studio, and even at this early stage, it’s hard to deny that the band have never sounded this muscular or unstoppable before. A couple of line-up shuffles have made for a newly minted unit of unquestionable pedigree (Ali Richardson of Bleed From Within and Conor Marshall from Conjurer debut on drums and bass respectively) and some of the most thrilling, none-more-metal anthems in their arsenal; just check out the absurd number of destructive riffs in ‘Invidia’, the shades of Symbloic era Death throughout ‘Arms Like A Noose’, and, of course, the lashings of sublime lead work re-confirming why Josh Middleton is still the UK’s most accomplished metal six stringer.

As ever, fans of prime Metallica and Testament will instantly embrace this stuff, yet Sylosis have enough character and charisma to forge a similarly impressive legacy entirely of their own. Cycle Of Suffering bulges with moments of structural audacity, everything striking an exquisite balance between brute force and insistent melody, subtle acoustic/piano-led details hued in a sort of grandiloquent darkness as the band assert their identity with rampant self belief (see sublime, heartfelt closer ‘Abandon’). Ultimately however, these twelve tracks serve as a reminder that metal is at its best when it draws its audience in with huge hooks, emotional resonance and riffs that will shatter your nose at twenty paces (‘Apex Of Disdain’). Both a quintessentially modern metal experience and a timely act of wide-screen derring-do, Cycle Of Suffering is a gloriously brave and vibrant piece of work. Welcome back, gents.

Cycle of Suffering is out 7th February via Nuclear Blast and can be purchased here.