Chelsea Wolfe’s career can be characterised by a series of increasingly impressive releases, each one growing more and more diverse and nuanced as the Californian moves further into heavier but also more atmospheric territory. Often somewhat arbitrarily linked to peers like Emma Ruth Rundle and Louise Lemón – singer-songwriters who have been embraced by the metal scene despite a proclivity for balladry – Wolfe’s recent output, namely 2015’s Abyss and 2017’s Hiss Spun, have seen her stand out as the heaviest of the bunch with a style as reliant on doomy soundscapes as it is gothic folk. This unique blend of styles has led to what is surely some of the most compelling works of Wolfe’s career, her ethereal lullabying often underpinned by an inescapable anxiety. Two years on from her last full-length, Birth Of Violence takes a step back in the artist’s musical progression, but it does so knowingly, in the process reminding us just what makes Wolfe such an engaging songwriter and performer.

Instead of propelling her sound further into the pounding electronics and metallic intensity found sprinkled throughout her output, Wolfe recedes here, embracing a sound more akin to 2012’s acoustic compilation Unknown Rooms. Instead of unstoppable powerhouses, these tracks are frequently delicate, showcasing the singer at her most vulnerable musically, yet she retains a wraithlike vocal quality that elevates these songs beyond more standard fare. 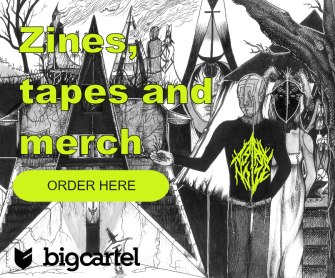 The arrangements are simpler, but remain on par in terms of power with her grander efforts, still operating on some otherworldly plane despite grappling with topics sure to resonate with anyone who knows what it is to be human. Birth Of Violence is bare, noticeably personal – with the lack of heavier elements offering no defence to the stark poignancy of it all. Hints of Wolfe’s grander ambitions remain, however, with the graceful soundscapes created in conjunction with longtime collaborator Ben Chisholm occasionally incorporating agitated strings, palpitating drums and pulsing electronics. Their sporadic usage only heightens their emotive impact.

Spiritual and celestial, Birth Of Violence is imbued with a characteristic mysteriousness, but it also contains Wolfe’s most openly introspective work to date – even if the minutiaes remain ambiguous. Indeed, it’s a testament to how far Wolfe has come as an artist that her stripped-back works are just as enveloping as her more complex compositions, surpassing even her early singer-songwriter efforts to provide some of her most fragile but also most powerful work to date. Wolfe loses none of her all-encompassing prowess here, merely shifts focus to hit the listener in a different way, albeit just as hard.

Birth Of Violence is out 13th September on Sargent House. Purchase here.