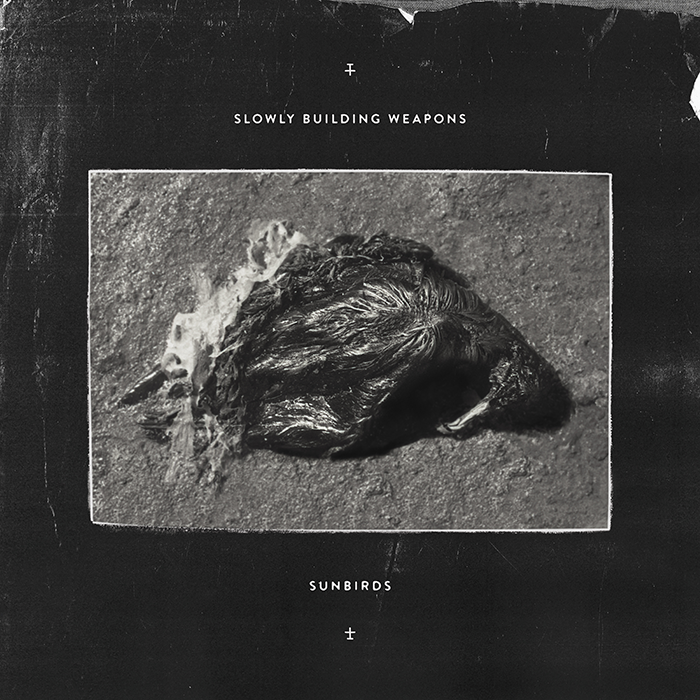 Emerging from the brutally isolated Australian outback in the early 00’s, Slowly Building Weapons have, in the ten odd years since their post-debut fall from grace, become a cult obscurity. Luckily, with the help of the wonderful people at Art As Catharsis, the act have come through with their first album in well over a decade.

Entitled Sunbirds, Slowly Building Weapons’ comeback is a finely honed progression from the earth-shattering, blackened hardcore of 2006 debut Nausicaä. Rather than simply rehashing their brand of blackened noise for cultists begging for a comeback, the band have updated their sound for the modern day. Sunbirds does this in buckets – utilising frenetic bursts of Burzum-infused blackened hardcore, informed by the avant-gardist labyrinths of Oranssi Pazuzu to hypnotize and enthrall the listener.

Enthralled by the releases multi-faceted rackets, we caught up with the SBW guys to talk the new release, the isolated plains of Australia and differentiating the musician from the music.

What can we expect from the new release? Has your hiatus inspired you guys to change anything up or turned you guys onto any new fields of influence?

I think it covers much more ground than our first album. Obviously, 10 years between albums is a fair while. In that time we’ve played in different bands, worked on projects in different genres, and just been exposed to lots of things in general. We always had a pretty wide musical influence, but I think previously we didn’t really know how to apply it. For this new album, we gave ourselves the time and space to bring some of the different elements into it. Not everything we tried worked, but I think we managed to bring some nice variation and depth to the record.

One main factor in this was how we made the album. For the entire process, most of the band was in Australia and Nick was in Japan. So we couldn’t just go into a studio and record it together. We had to do it in stages. Like we wrote the songs as instrumental tracks first – just guitar, bass and drums. Once we had ten rough tracks together, we went in and recorded them with Tim. We tracked playing live, and did the whole thing in two days. Then we sent the sessions to Nick in Japan, and then we started building it all up from there.

Obviously, the main focus was Nick adding his vocals, but pretty much anything else was up for grabs too. We changed whole song structures, made new sections from looped parts, cut sections out, stripped parts back, messed with drums sounds etc. Then a few times along the way, we went back into the studio with Tim to do overdubs and other things. It was a pretty long winded, challenging and frustrating way to make an album. But all that extra time gave us a chance to experiment and to see what worked best for the songs we had. You don’t get to do that when you’ve only got a week or two in a studio.

What was behind the reunion? What was it that made you guys want to get back together and make music again?

The reunion happened accidentally. When we started writing, it was just Craig and I jamming with a new drummer Max. Mainly just for something to do and with no real plans or goals. Then after a while, we sent some demos to Nick (in Japan), to see if he would do vocals if we ever made it to recording. He said yes, so at that point, the original Slowly Building Weapons team was back together. Even then though, it was still intended to be a different project.

Once we were back working as a group, we couldn’t help ourselves and started working much harder and pushing it further. Then somewhere along the way, when we first heard some tracks with all the elements coming together – it sort of dawned on us…. like oh shit this is an SBW record? Does this mean we’re a band again?

It was pretty organic, with no real plan or direction initially. That brought with it some challenges, but I think that was the only way it could have happened really. Like if we had decided to reform first, just trying to decide what direction to take it would have probably broken us before it even played a note hah.

What motifs and atmospheres are you trying to portray with Sunbirds?

There is this contrasting ‘darkness and light’ theme rolling through the whole thing. Another way to explain it would be darkness, with light coming around the edges, or as Nick called it once ‘damaged warmth’ – which I like. To me, it’s basically playing around with the idea of both sides (light/dark, life/death, order/chaos etc.) looping closely back and forth, or existing together at the same time. Musically we tried to capture this by floating between contrasting vibes within songs, and also by trying to create sections were both dark and light are occurring at the same time.

We pushed that theme into other parts too, like for the artwork. Craig was initially drawn to his photo of the dead bird because it looked peaceful in a strange sort of way. And as the concept of the album developed more we saw it more as a something that symbolised the transition between these states. Like a poor man’s phoenix at the end of a cycle waiting to be reborn.

How did you guys get involved with Art As Catharsis?

We knew Lachlan from back when we were a band before. So when we announced we were a band again, he got in touch about helping with the release. It’s a great label with so much amazing and varied music going on, so we were really keen to be involved.

The influence of Burzum is obvious – what would you say to people who might say that you shouldn’t listen to Burzum because of Varg Vikernes’ politics?

I can understand how listening to him could be seen as supporting his views. But for me, I can separate the two. Like I only have a basic understanding of his beliefs, and they don’t align with my own….but I can still listen to his music and get something out of that in isolation.

Also, it’s easy to focus on someone like Varg because he’s made his views very public. But you know, turn on the radio and listen to some mainstream tunes. Who knows what wild shit the people behind that music believe in? Maybe Katie Perry’s songwriters think the world is run by reptilians? You never know.

I think it’s definitely still true, but I’m not exactly sure why. It could be an isolation thing? It’s a big country with only a few cities, so like a lot of people I grew up in a regional area. There wasn’t much to do there, so we played music – a lot. For some reason heavier, sludgier sounds seem to fit that isolated environment really well. Lots of bands around my area had that kind of vibe, so I grew up with it. Then as soon as I had figured out a few chords, I started a band playing the same stuff.

I live in a city now, but a lot of the people I’ve met through heavy music in Sydney have the same story.

What can we expect from Slowly Building Weapons in the near future? Do you have plans for further releases anytime soon?

It’s one step at a time for us. At this point, we’re focused on getting this album out and hoping people get something out of it. If it finds a home, then we’ll push on and see what happens. It would be great to play some shows again, and we’ve been playing around with new ideas again – so another album is definitely possible. It definitely wouldn’t be soon though, we really are slow.

Sunbirds if out now on Art As Catharsis, get your copy here.