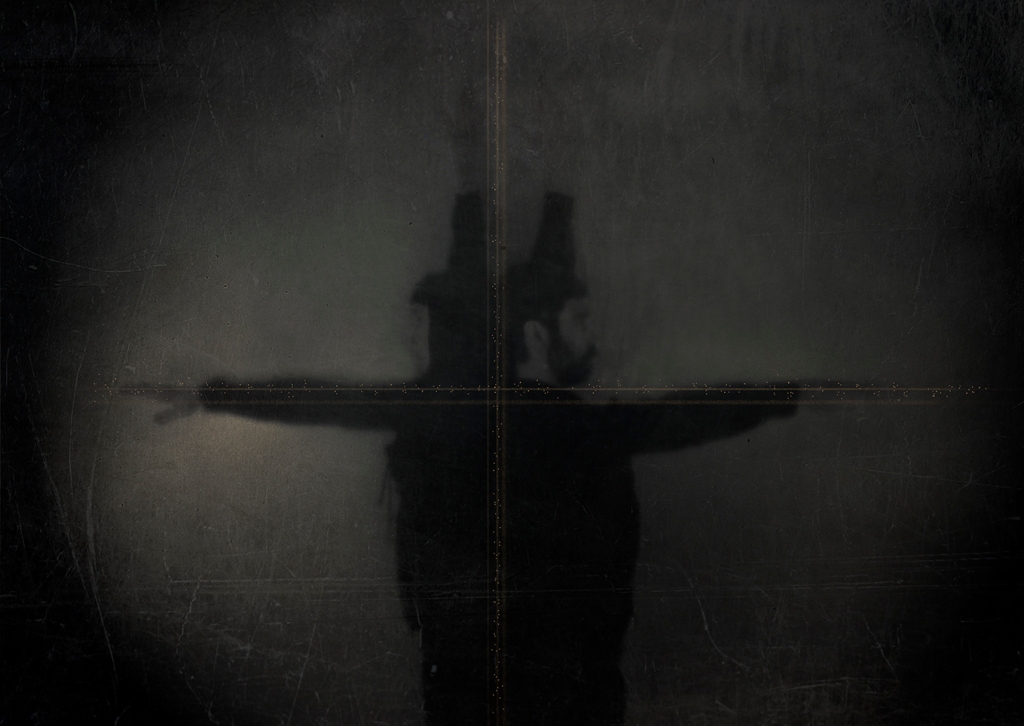 Whilst many extreme and experimental acts of the past have challenged the polite notions of conservative Christianity through violent imagery, Father Murphy‘s commentary on the religion is a unique one.

Originating from the Italian avant-garde scene just over a decade ago, Father Murphy are an experimental proposition centred around the life and experiences of their enigmatic namesake. Father Murphy, an abstract figure whose journey through life is depicted through the duo’s droning, darkened psychedelia, and through whom the philosophical meanderings of their sound resonate.

It’s this fascination with their Catholic background that has led the duo to collaborate with Swans’ progenitor Jarboe, on what is to be their penultimate release, an EP centred around the concept of Catholic guilt.

Ahead of the release, we got deep with them, grilling them on the deeper concepts central to Father Murphy.

You guys have been incredibly prolific since your inception, what was with the break between your previous release and this one?

Between 2014 and 2015 we were touring and recording non-stop, to the point where we felt like we were becoming part of a routine of recording/touring/recording/promoting/touring as if it was a Jesuit Rule we imposed to ourselves. So we decided to stop instead – sometimes you need to know how many words you have left, and how to use them.

How did you and Jarboe initially get together?

We met several years ago during a Jarboe European tour. Once touring the US a couple of years after, she attended a show of ours in Atlanta and shared with us comments on our performance that are written in bold in our memories now. In that occasion, and in others to come, she fed us and gave us hospitality. She’s a great host and she has so many great stories to tell.

How influential has Jarboe been to you guys musically?

Children of God is one of our favourite albums ever, we love Jarboe’s synths and vocals, and in general how Swans changed so much after she joined the band. Change is freedom.

Moreover, Jarboe has always been an example for us of what real DIY attitude means, an example of a 360° performer able to collaborate with so many and different artists, able to adapt without losing her trademark true and unique voice.

how would you define the sense of guilt, fostered from yourselves and Jarboe’s Catholic upbringings? Where does it come from?

If I were to summarize my experience as a child growing up in a Catholic parish with one word, that would need to be “fear”. Fear of me being wrong, of being unfit, of being different, of being guilty. It is not easy to answer but I feel like that a certain sense of guilt comes from an imposed feeling of being unfit. They forge you with fear, they mark you with guilt, they offer you freedom from all this by ceasing to think and to feel. They call this conviction Faith, I call it fear. That’s where the Guilt, and whoever is able to manage it, becomes a mean of power and control.

Often within extreme music there is either a pro/anti-Christian/faith message, with the upcoming EP, it doesn’t seem like either is apparent, what are your personal beliefs regarding Catholicism?

We have the most of respect toward people’s need of (a sense of) religiousness, while we regard with suspicion and scepticism any form of organized religion.

You have described Father Murphy as ‘a personal rewriting and abstraction of the Bible as a pretext to say something different’ what does this mean to you? What kind of different statement do you want to make?

We like to abstract single episodes or messages of the Bible as pretext of working on concept albums, as our music somehow sounds like a soundtrack, and working on concepts helps us in fully expressing ourselves musically. I mentioned the Jesuit Rule in a previous answer. There’s a sort of strictness in the way we work and we try to commit to what we do that helps, first of all, us if we vehiculate simple messages through what we do: do you want to obtain something? Work hard, be ready to sacrifice something. Are you afraid of pain? Breath the pain in and make it part of what you are. We have no resolution to offer, we mostly acknowledge and describe the journey itself.

Each started writing a song before then letting the other party add contributions.

Each wrote a song, recorded the BASIC tracks, and sent it over to the other party. Once we received the contribution back, we each finalised the song. Both contributions made the tracks become richer and reflecting both artists, influencing one another back and forth.

The final result shows both FM droney compositions with darker and darker textures and Jarboe’s ability at writing perfect three-minute songs, I believe the two things mixing together made the EP a more eerie and richer experience.

Is your live show an improvisational show or do you perform previously recorded material? Will collaborating with Jarboe on your tour affect how you perform at all?

We never improvise, we have written sheets for everything we perform. We give ourselves the chance of extending the time of this or that movement, but in general, our performances are pretty much similar one to the other. We like repetition, it is like a prayer, in a continuous prayer you find yourself going beyond the meaning of the words, concentrating on the sound and on the separation from what it’s around, making it a unique moment – a ritual.

As for performing with Jarboe, it will surely affect how we perform, she’s just so full of life while she performs, she’s furious and she’s peaceful. It’s a challenge we look forward to.

Your releases deal with an individual’s journey through the Catholic faith, what stage of one’s journey does your upcoming EP cover? Do you have an endpoint planned as of yet?

This EP, mostly thanks to being a collaborative effort together with Jarboe, and for all we’ve got from her, covers a very peculiar moment that I would refer to as “awareness”. Better, “naked consciousness”, and I refer to the definition Kerouac gave of W.S. Burrough’s book Naked Lunch, where our consciousness is the exact and frozen moment of when you have total awareness of what you’re about to undertake, of what you’re committing to.

Using a biblical example, when Jesus left the desert, after resisting Satan’s temptations, I feel like it is there that he gained a full awareness of what he was about to do.

Our next release will be our last. It’ll be titled Rising: A Requiem For Father Murphy and we’ll be celebrating Father Murphy’s death in sounds.