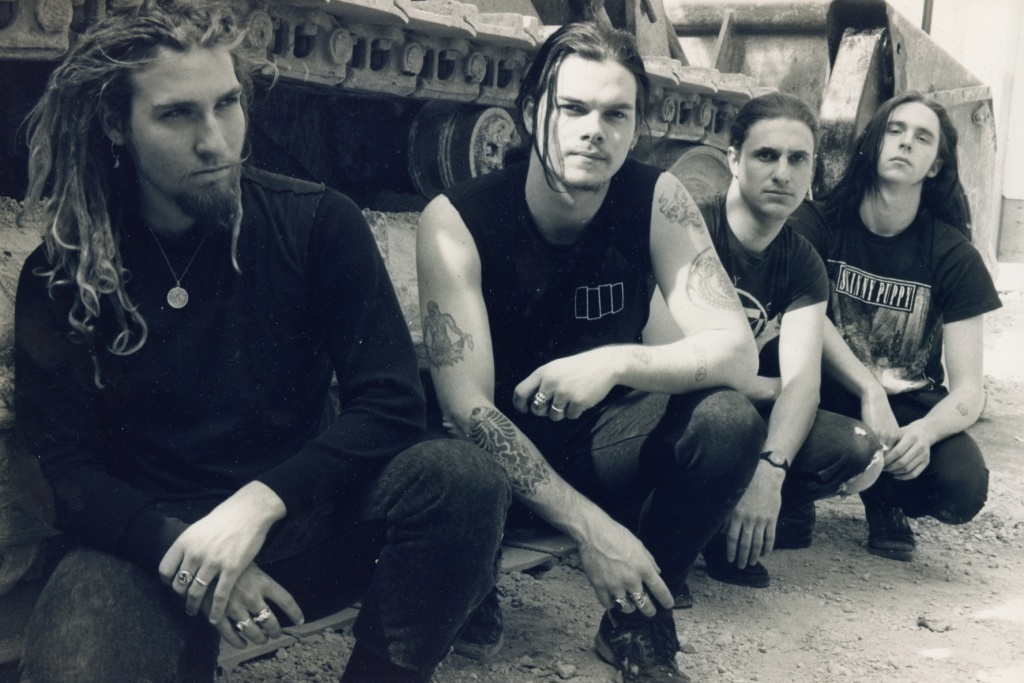 Listen to Neurosis’ career-defining album Souls At Zero now, and you may be given the impression that the influential post-metallers had always been the sonically unique oddballs they were when it dropped in 1992. Indeed, for many, that’s where the band really began, but there’s a musical progression that can be traced through Neurosis’ back catalogue, despite the major jump taken on Souls At Zero. Trace back just five years to 1987 and debut album Pain Of Mind does little to separate the band from the general crop of hardcore punk bands of the era, meaning that in two albums, Neurosis went from eager young punks to avant-garde experimentalists. The mid-point between these two extremities can be found on sophomore album The Word As Law from 1990. For a long time, the LP has been all but forgotten, but a remastered edition to be released on August 25th, through the band’s own Neurot Recordings, could be about to change things.

On the surface, The Word As Law appears to have more in common with its predecessor than its successor. The band were yet to incorporate the keyboards and synthesisers that would come to define their sound, and the album was released on Lookout! Records, a label whose roster boasted Operation Ivy, Green Day and Screeching Weasel, among other Bay Area punk acts. Indeed, anyone at the time would simply observe that the band had continued where they left off three years earlier, but looking at the release retrospectively unveils the beginnings of a more innovative sound that would go on to inspire a generation of post-metal and sludge.

Notably, the album was the first to feature long-term guitarist Steve Von Till, who aided in creating heftier rhythms and nowadays explores even more underground textures on solo project Harvestman. Nevertheless, whether as a result of this new inductee or not, The Word As Law is entirely more exploratory sonically. For all its upbeat rhythms and punky shouts, it marked a substantial move away from the straightforward punk of their debut, as it embraced melancholy, dissonance and a style much more willing to hit downhearted tones.

The album’s tracks managed to stay true to the band’s 80s punk roots, but beneath the surface experimentation brewed, not to mention lengthier songs. In fact, the more purist punk songs were arguably the album’s worst. The irate bursts that were ‘Double-Edged Sword’ and ‘The Choice’ already lacked the antagonistic conviction of their first album, whilst the more complex arrangements held within ‘Obsequious Obsolescence’ and ‘To What End?’ benefit from more elaborate songwriting and, as a result, fare best when it comes to the upcoming remaster. The latter of these tracks retained a punky air of aggression, sure, but its multi-faceted approach also boasted an eerie dissonance that sounds almost bizarre amongst a punk album. Elsewhere, ‘Tomorrow’s Reality’ was primarily a dingy punk number, but held a section of slowed riffs that, with a bit of work, would not be out of place amongst the discographies of Candlemass or even Black Sabbath, and closer ‘Blisters’ wrapped things up with enchanting melodies and jittery time signatures in perhaps their most progressive song yet.

It will never be the go-to Neurosis album, as respected and loved as Souls At Zero, Times Of Grace or Through Silver In Blood, but with hindsight it seems clear that The Word As Law is the album the band needed to break free of their hardcore substratum and become more versatile songwriters. In recent years, the LP is most likely only heard by the more curious of the Neurosis fan base, but the upcoming remaster will ensure that many more hear the legendary post-metaller’s most transitional record.

The Word As Law reissue is out August 25th on Neurot Recordings.